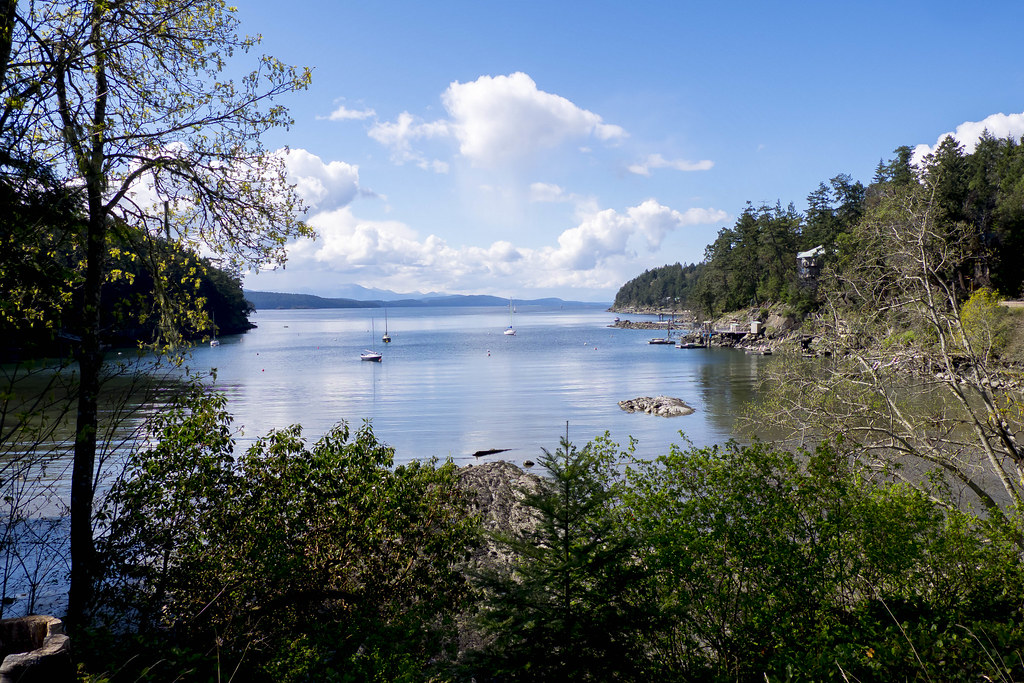 It's not often I can say that I've dined at a majority of restaurants in a locale, but with Mayne Island, BC and its (at this time of writing) 4 eateries, it was possible. On my last journey across the water, I managed to eat at 3 of the 4 eateries there. I suppose if you're visiting you'll have to stop by at least one of them, but read on to find the one(s) that best fit your dining needs.

To be clearer, Mayne Island has recently opened Mayne Island Brewing Company but they don't have any solid food. The only restaurant I didn't get to visit was The Groove Island Kitchen.

Located at the Mayne Island Resort, Bennett Bay Bistro offers a pretty regular looking North American-style menu. A quick scan shows they have a specialty on prawns, but on my visit I was just in for pre-dinner appies.

I had a great taste of the following: 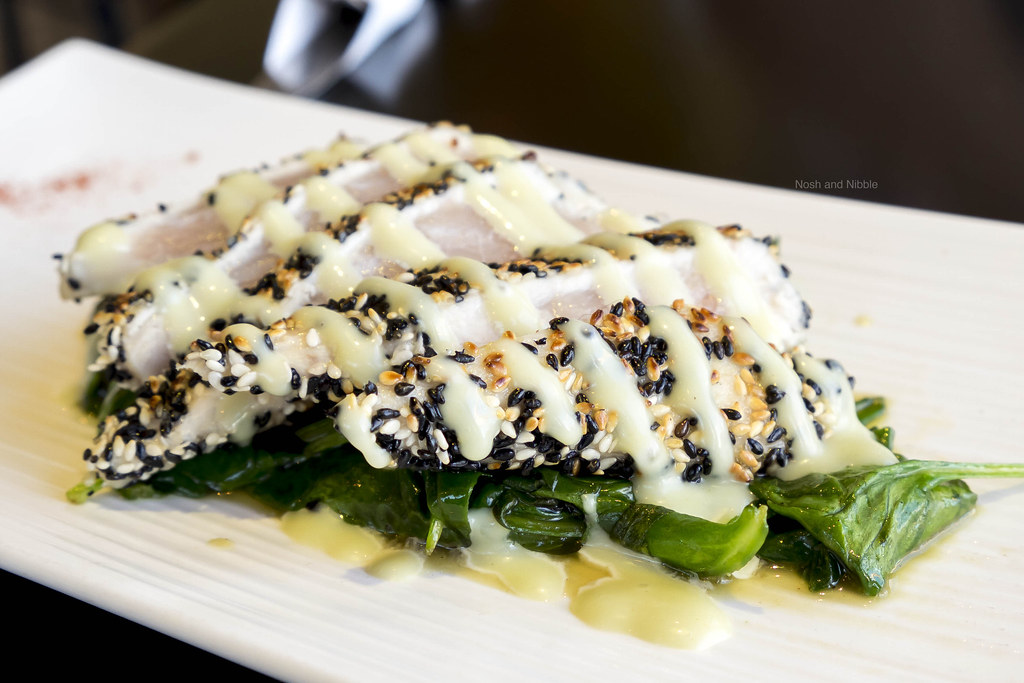 The Panko Chicken Strips had great breading which made for great texture and a satisfying crunch in every bite. I wouldn't mind having this again on a future visit. Fries left something to be desired as did the bistro aioli which tasted like Thousand Island dressing. Island life. 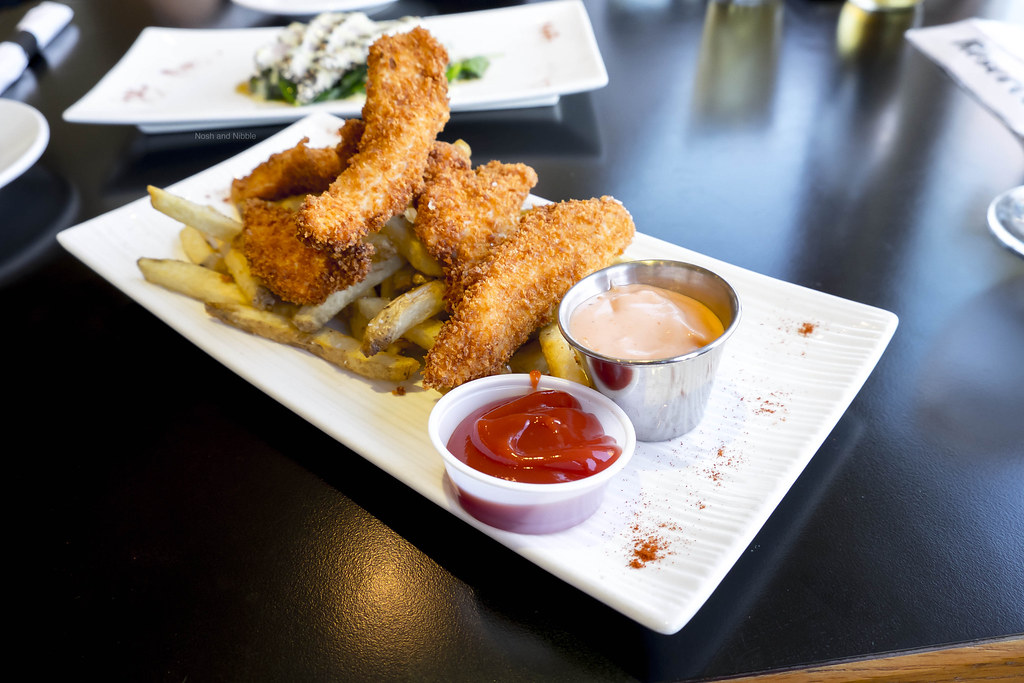 If nutritious relaxation is your island mantra, you might be pleased to see they have an unlimited salad bar for dinner. 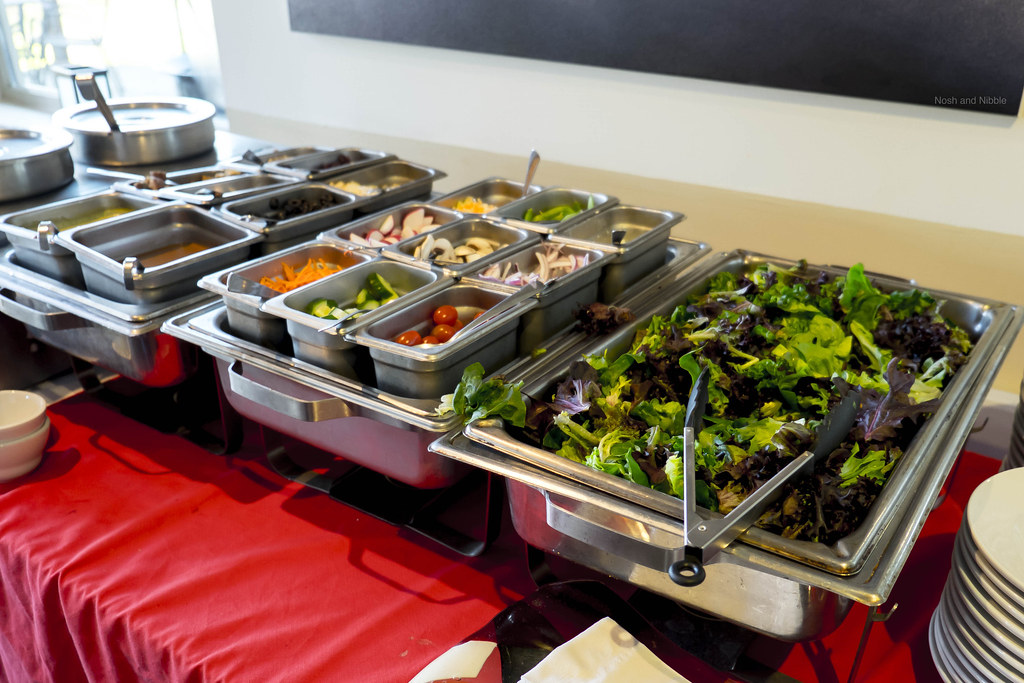 The most important feature for me though was the eastward view of the water. 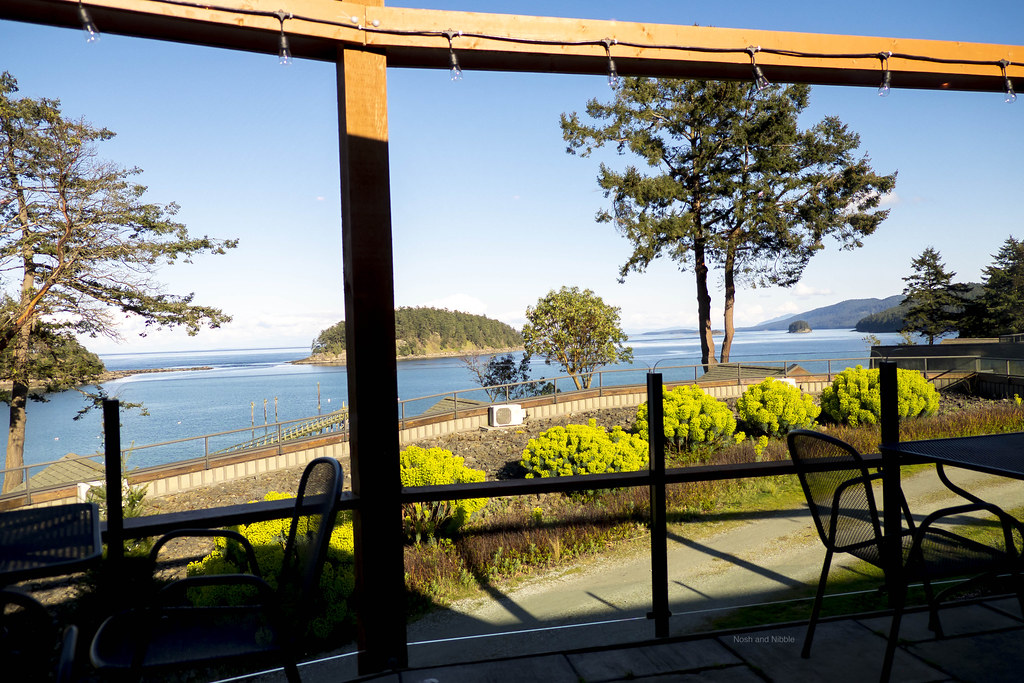 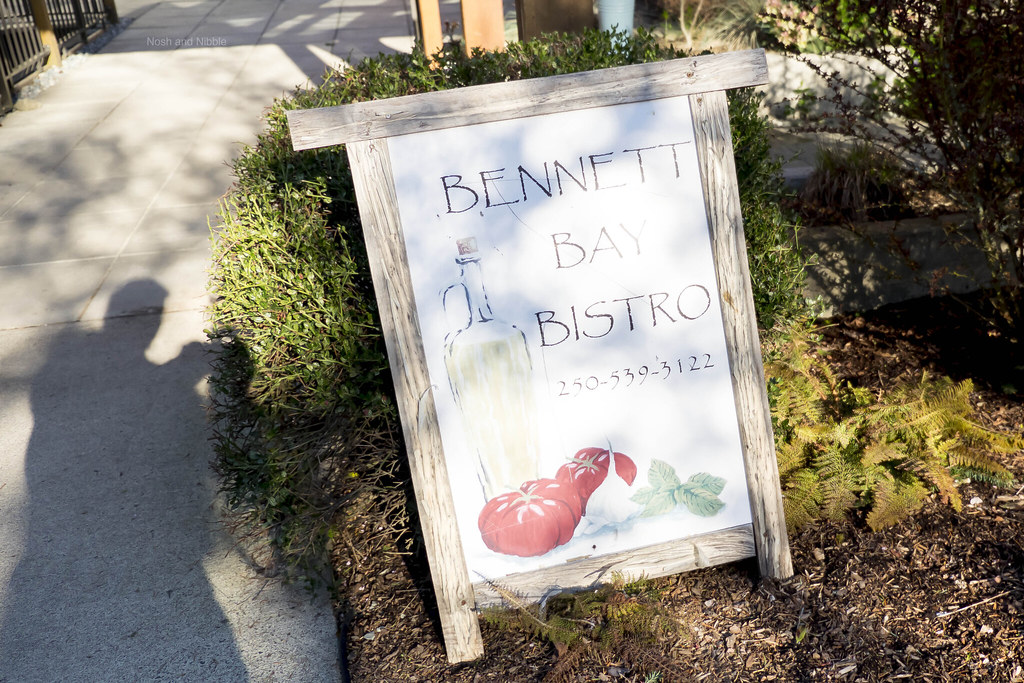 Representing the breakfast and lunch scene, Sunny Mayne Bakery offers up house-baked goods as well as coffee and sandwiches. I came here on my first morning and had the following:

The Latte was made with beans from Caffé Umbria, a Seattle wholesaler. Unfortunately not a Canadian roaster, but I guess that's why it's only $4. The latte art was weak here with just a smidgen of what looked like a heart but at least it tasted like a latte. 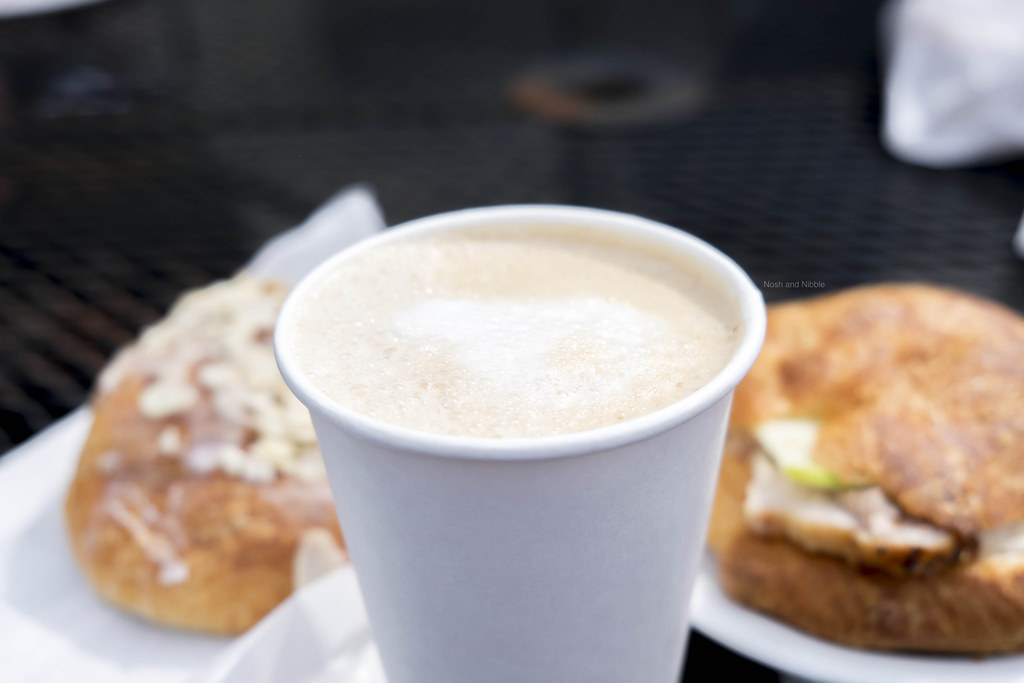 It turned out both the Almond-Glazed Croissant and sandwich were prepared on croissant buns which was pretty cool. The downside was the almond glazed croissant's glaze was just icing sugar without any almond flavour. At $2.50, this was just fine. 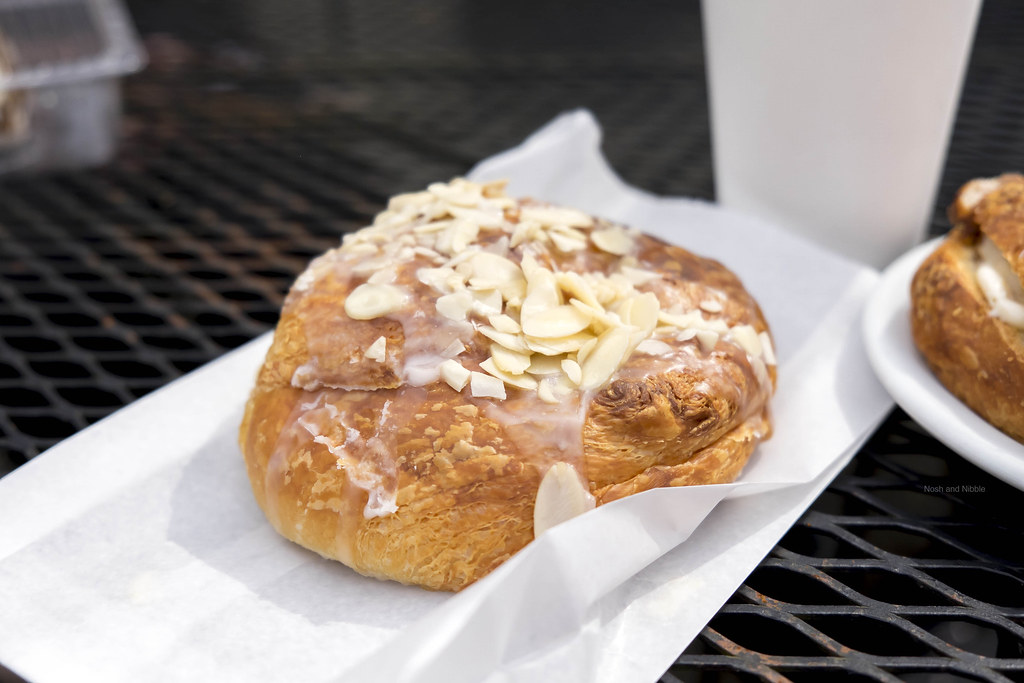 I was looking forward to my Pork Tenderloin Sandwich but was sad it came in a saran-wrapped package straight from the cooler. It feels like the practice here is to bake everything, prep all the sandwiches, and throw them into the cooler to serve later. This feels like what a low-end grocery store would do. The tenderloin had some juicy bits but it was mostly refrigerated meat that had lost its moisture. 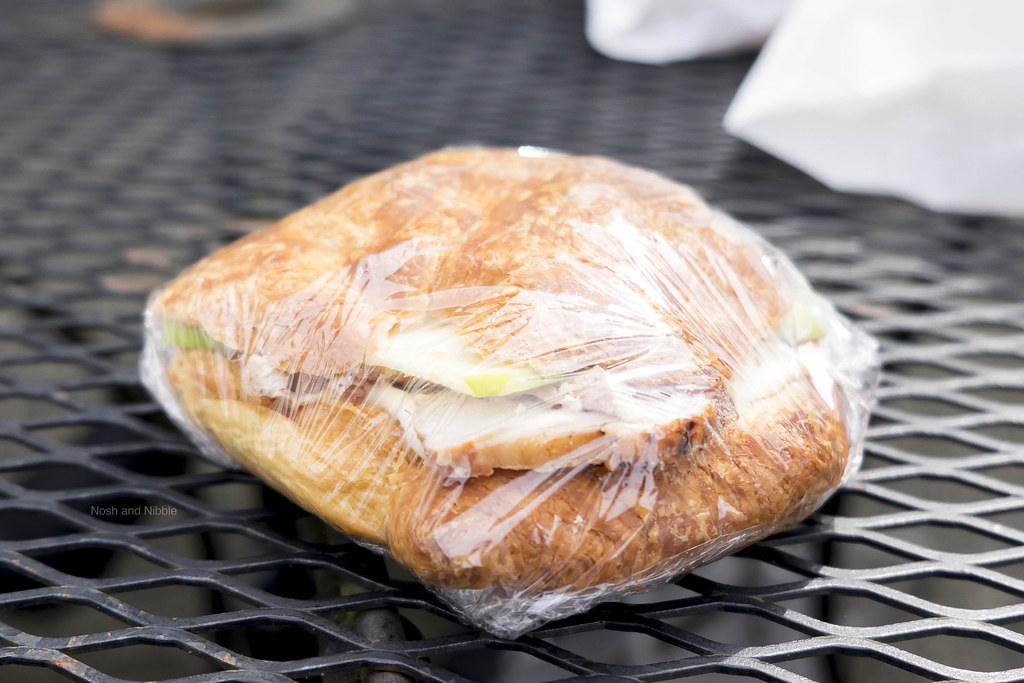 It sounds like I'm just ripping on all of Mayne Island, but it really does feel like the best saved itself for last. At Springwater Lodge, my last meal of the trip, I had a Springwater Burger with bacon, cheese, and mushroom ($14.50). This burger was served on a Portuguese bun and fries. With a fluffy bun, fresh ingredients, and gooey melted cheddar, I think this classic lunch topped up over all the meals I dined out at on Mayne Island. The fries were also way crispier than the ones I had at Bennett Bay Bistro. 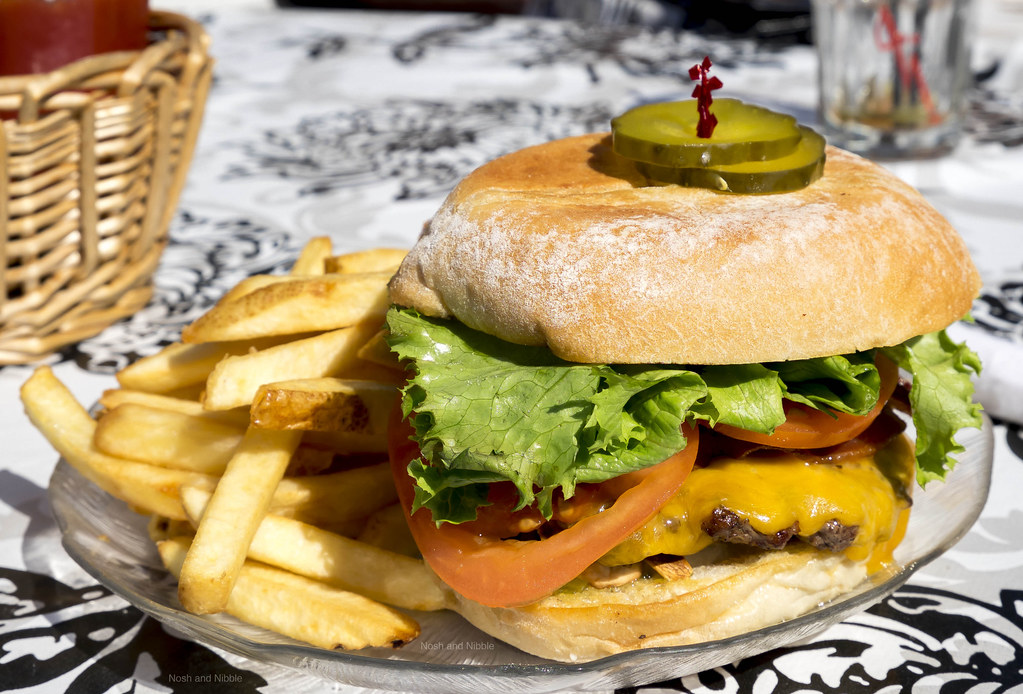 Being at the northwestern side of Mayne Island meant there was a chance of seeing orcas in the distance. The restaurant owner came out to announce that radio channels were buzzing with orca activity so the hype is real. I even managed to catch the glimpse of a head coming up for air way off in the distance. If you're looking for a relaxing meal with good food and attentive staff, I can whole heartily recommend Springwater Lodge above the rest. Bravo! 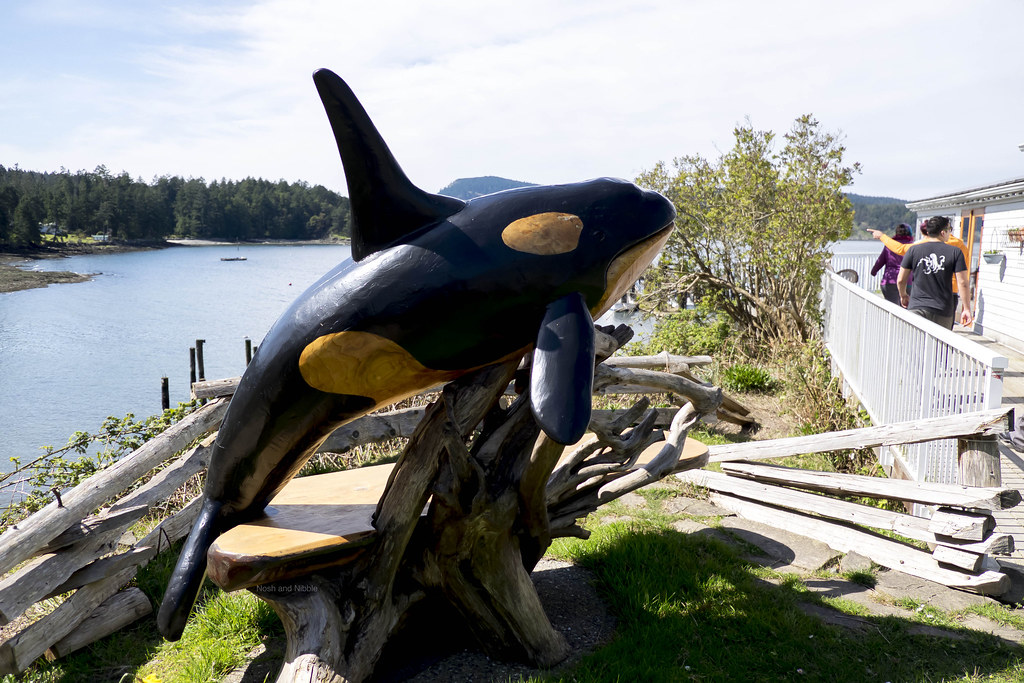 Mayne Island is a serviceable and relaxing island to visit and is accessible via BC Ferries and Seaair Seaplanes. If you decide to stop by for a day trip or an overnight stay, I hope you found this restaurant guide helpful!

Sometimes it feels new restaurants are opening nonstop, but that's something that keeps Vancouver interesting. The springtime is especially…

Lattes are my go-to whenever I'm at any coffee shop. Luckily, I live and work in Vancouver where coffee…