There's nothing like a preview to know exactly what you're getting yourself into. For Science of Cocktails 2018, I was given a small taste test of what's in store for this year's most scientifically-charged cocktail night. Hosted at Showcase Restaurant, I sampled through 4 cocktail stations, 3 food stations, and 2 science stations. My first drink of the night was a Southern Ginger Belle made with Southern Comfort whiskey. This was a whiskey with bite swirled with even more bite in the ginger and lemon juice. Guests were given shakers with the cocktail mix, and through an iPad app, were measured on how many shakes they could complete in 30 seconds. Those who couldn't keep up with the average had the job finished off by bartenders Brice Peressini (of The Victor) and Andrea Civettini (Clough Club). The final result was a citrusy foamy whiskey cocktail. 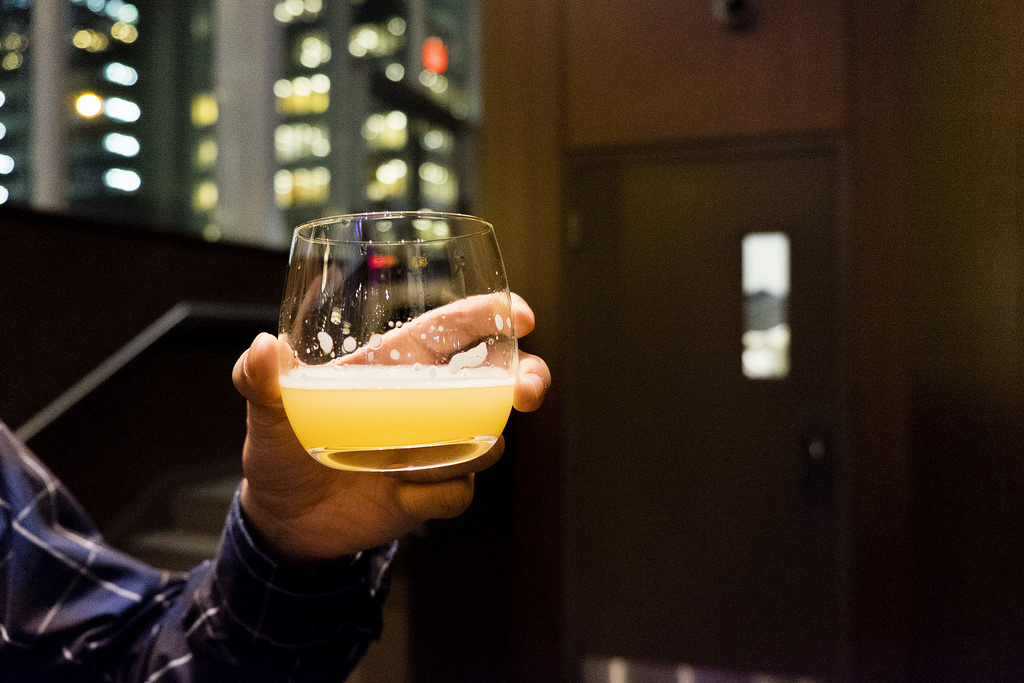 Next up was a Remy Martin Old Fashioned mixed through a laminar jet stream. You had to have been there to truly appreciate this, but the power of physics and science yielded a sustained water arm that kept going and going. Bartenders sourced water from this jet for a classic old fashioned cocktail. 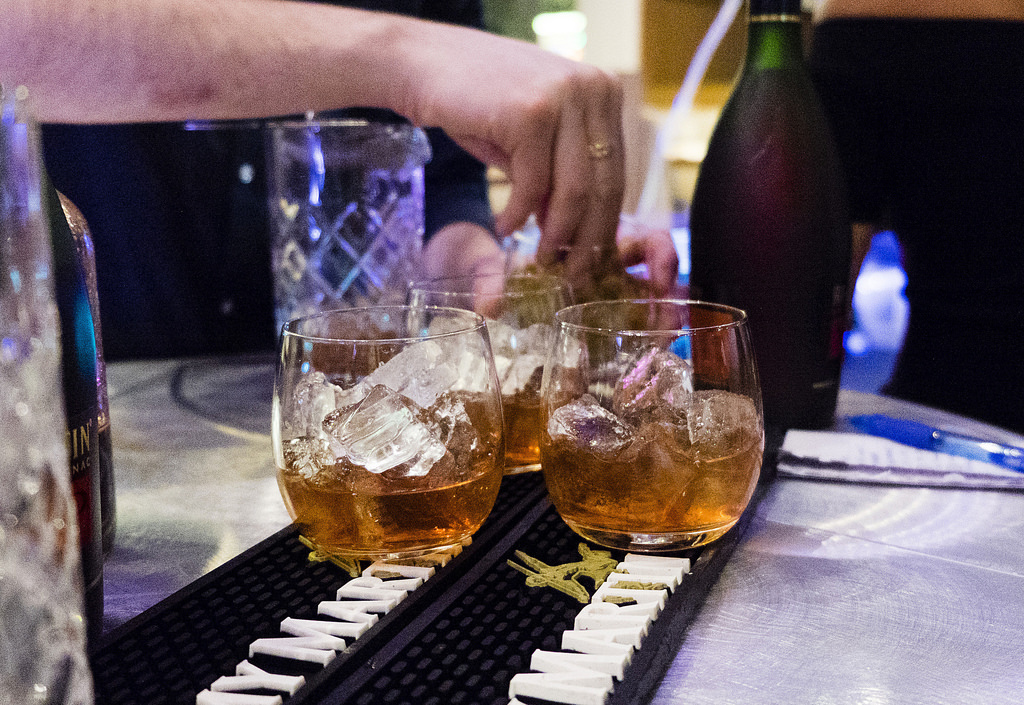 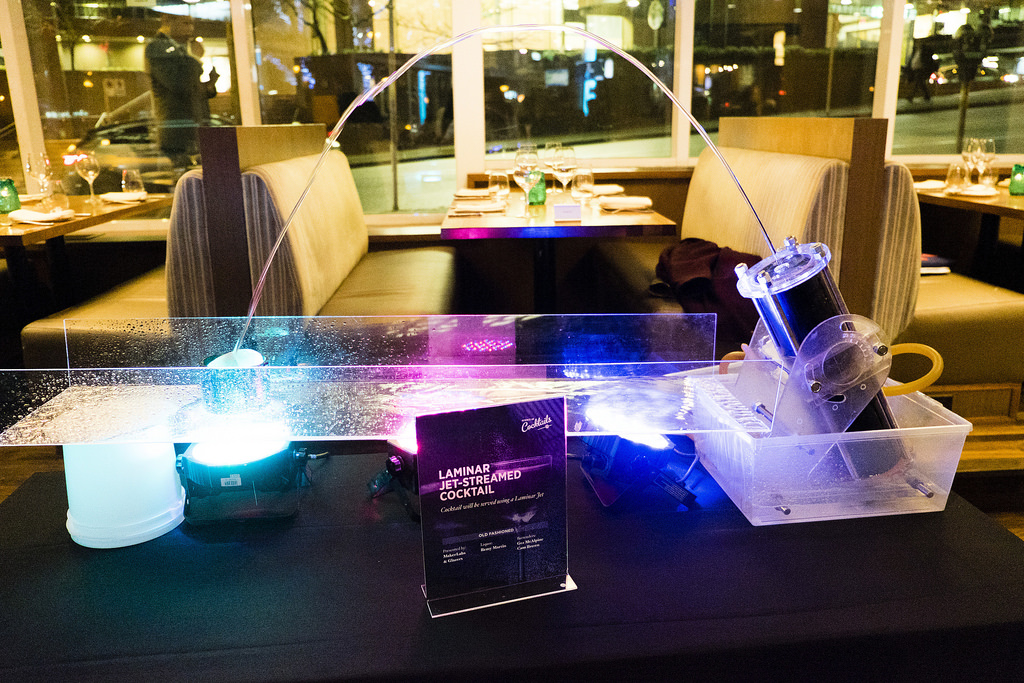 Third on the dock was a Yuzu Sake-Tini served with molecular caviar pearls. With a mix of sodium alginate pearls in a calcium pearls, caviar-like balls were formed and added to the vodka/sake-mixed cocktail. 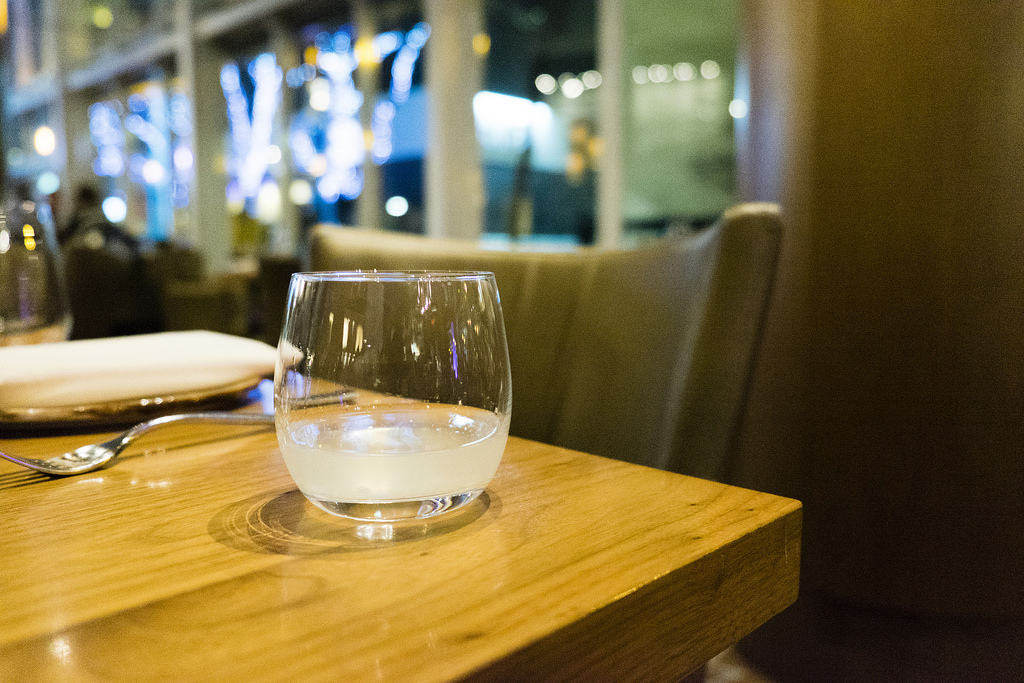 Last but not least, fats and oils were used to make a Guatemala Colada. To the untrained palate, this bore no difference to a normal pina colada, but here a lactic acid solution and coconut oil combined into an arguably more accessible cocktail. 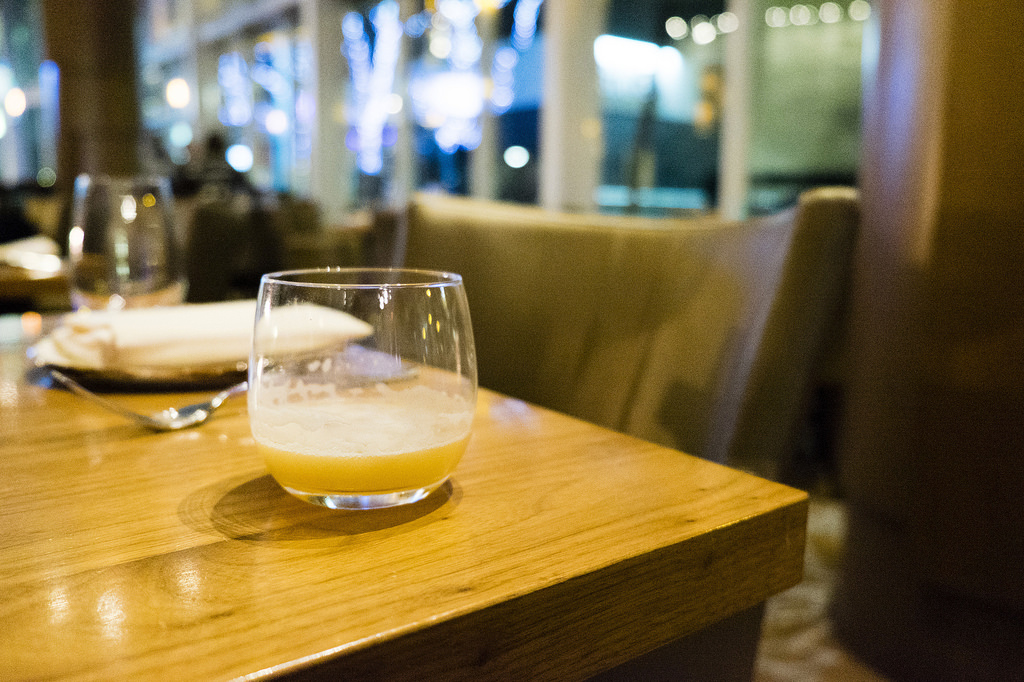 Science of Cocktails is not without its gastronomy. This evening featured the following:

The pork rillettes were hands down the most impressive offering of the night. The miso and sesame emulsion was extra savoury and the wild sesame leaf was mulled with liquid nitrogen to give extra flavour. 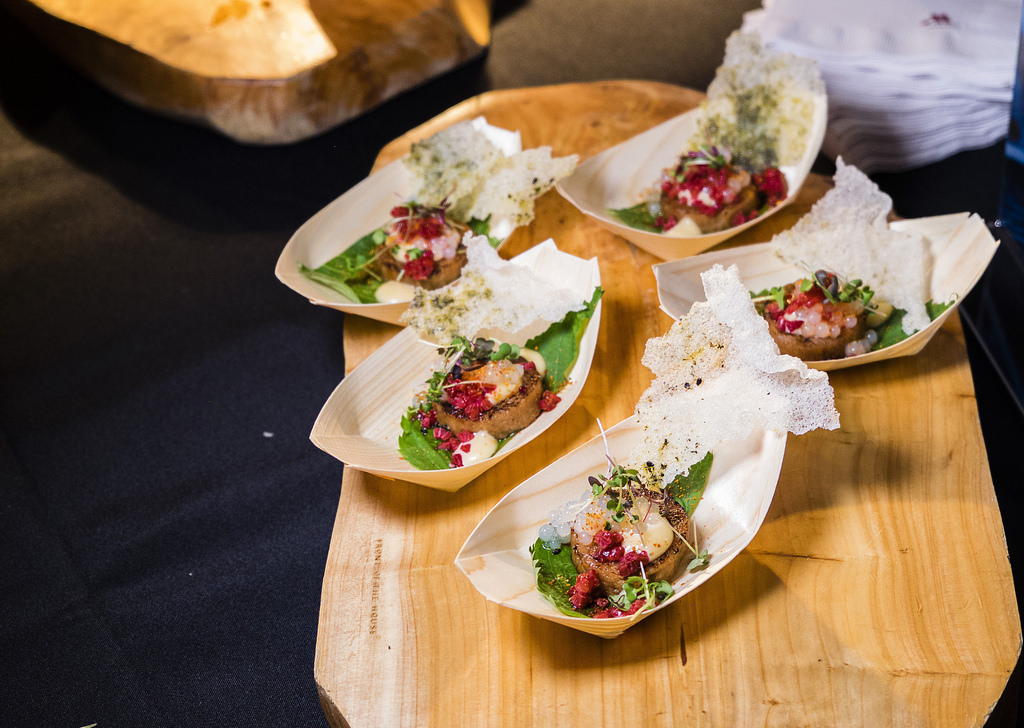 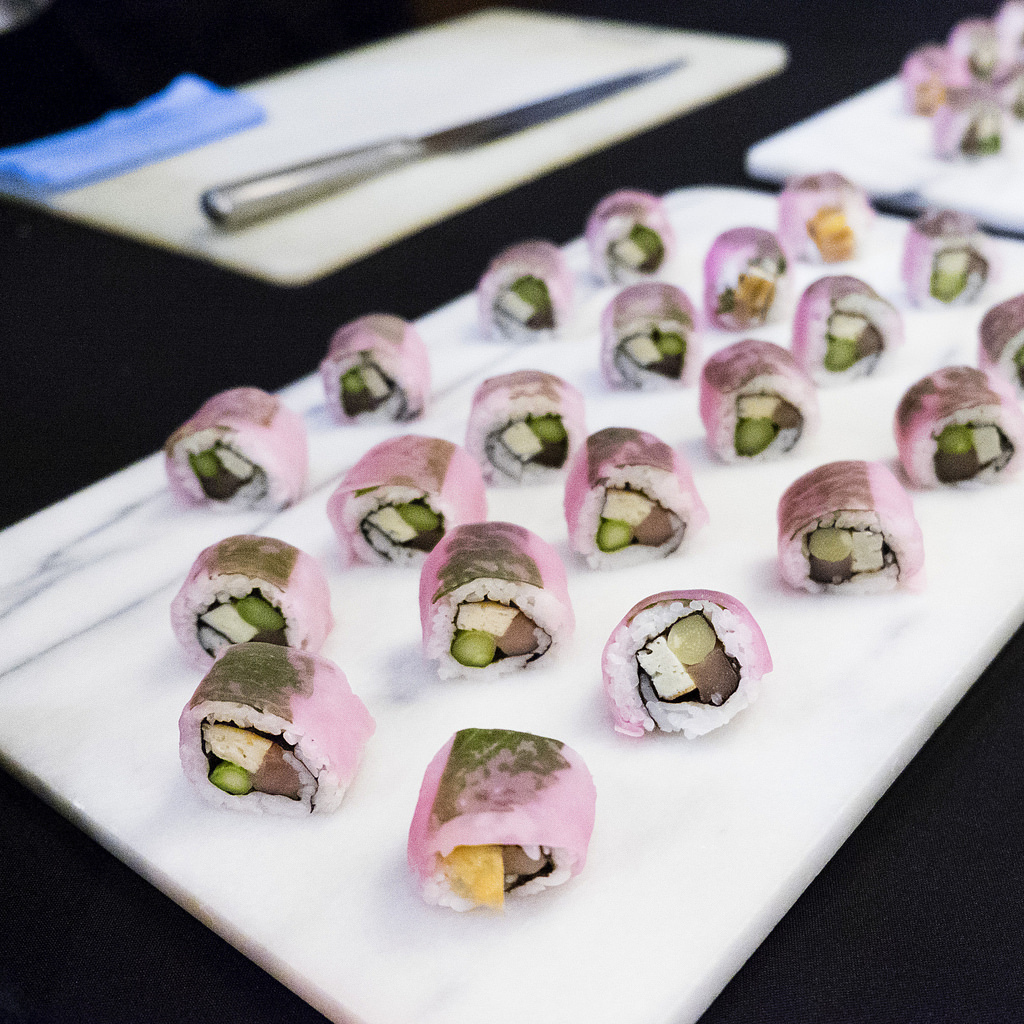 Science of Cocktails features classic science demos, brain-teasing games, and food/drink science at various stations. On this night we watched a ping pong cannon punch through an aluminum can at 700 km/h and made Tinker-Bling by connecting together simple circuits and LEDs. 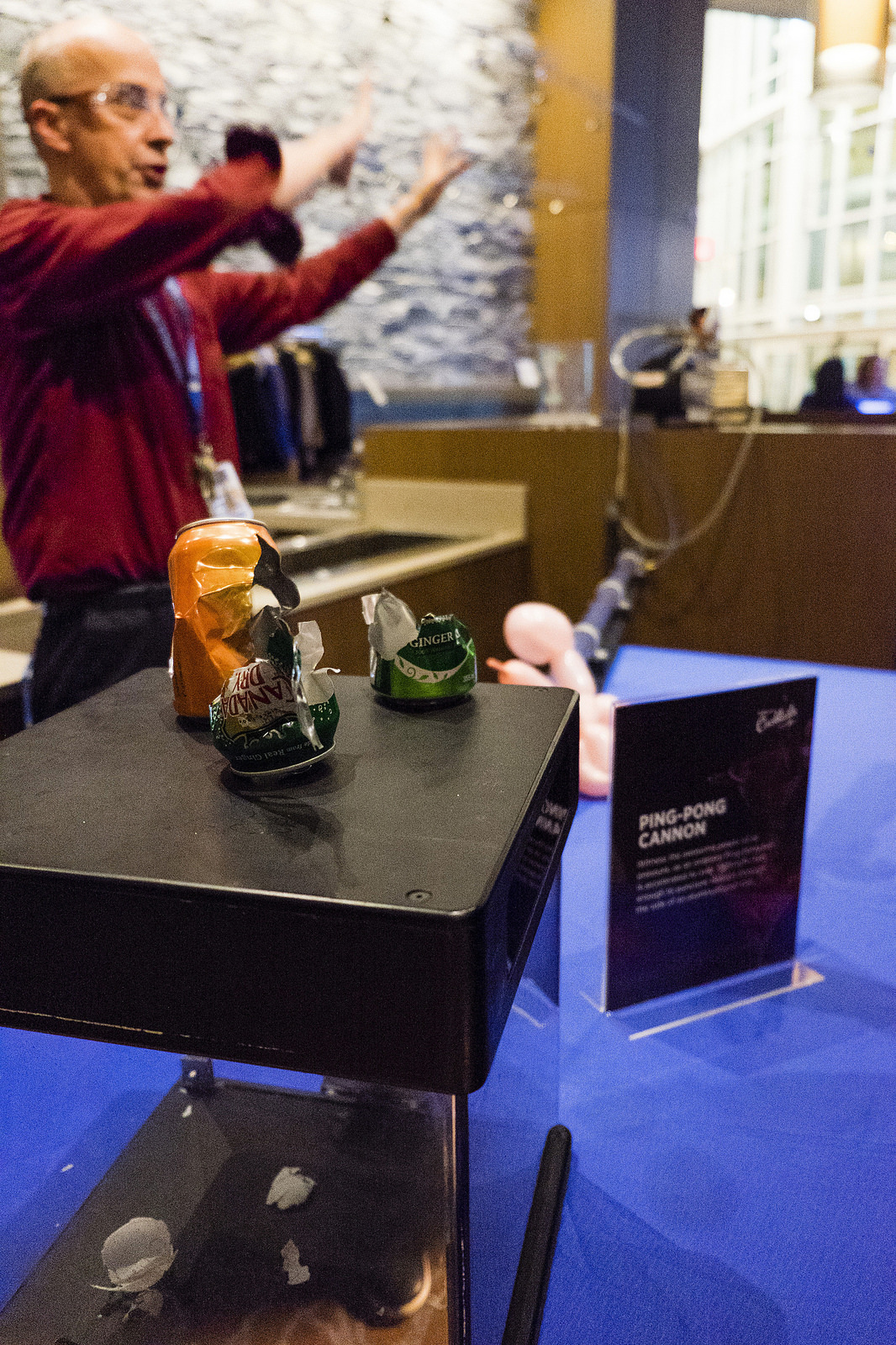 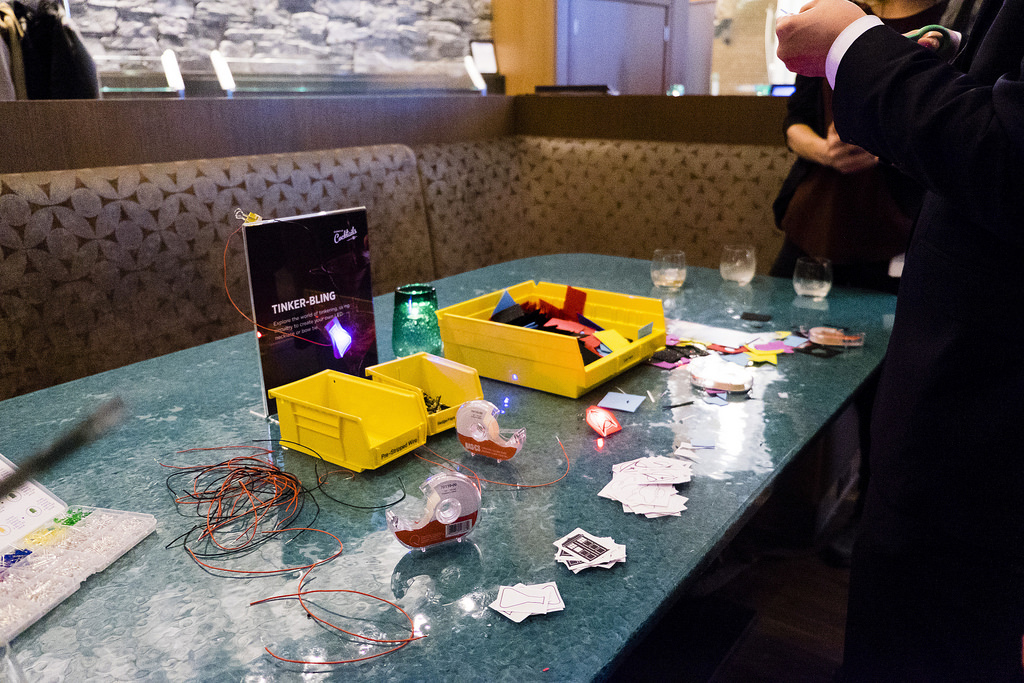 The above were just a smidgen of what's to come at Science of Cocktails 2018 which will feature dozens of cocktail, food, and science stations – all to be enjoyed in unlimited quantities.

A ticket to Science of Cocktails benefits the Science World Class Field Trip Bursary. Furthering science is a practice that starts with a curious mind, and so this bursary benefits kids in grade school across BC that would otherwise not have the means to visit Science World. Last year Science of Cocktails proceeds benefitted the same bursary and its existence again this year helps to confirm that Vancouverites love a scientific night out and love lending a hand to less fortunate kids.

To purchase tickets to Science of Cocktails 2018, visit https://www.scienceworld.ca/cocktails and hope to see you there on February 8th!

For coffee lovers, read past the jump for a fresh take on compostable coffee pods as well as an…

Taking a quick glance at Richmond's restaurant variety and you'd be accurate in a mostly Western chains, Chinese seafood…