Those who follow my dessert cafe reviews know I am particularly fond of non-Taiwanese shaved ice. Bingsoo is the Korean equivalent which grinds blocks of frozen milk to achieve a similar taste and then presented with various toppings. I had my eye on Sulmida in Burnaby close to Metrotown. Do the blocks of ice here stand up to the greats in Metro Vancouver or are the menu photos a lie? Read on to find out. 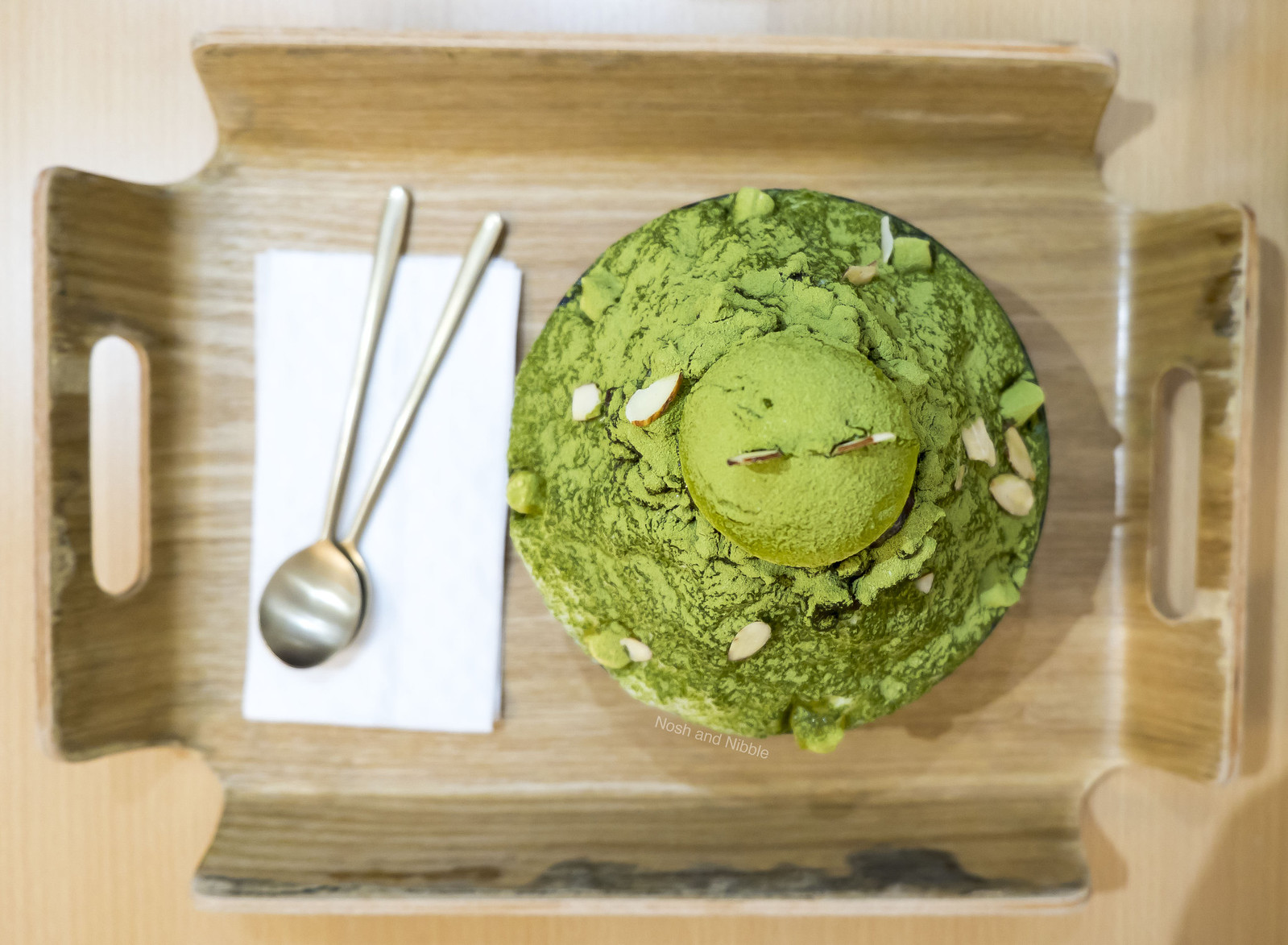 Team Tastic came here for a post-dinner dessert and I had a great taste of the following:

According to the menu photo outside, this was meant to be a bingsoo bowl with what appeared to be injeolmi, marshmallows, whole almonds, and green tea ice cream. Have a look yourself. 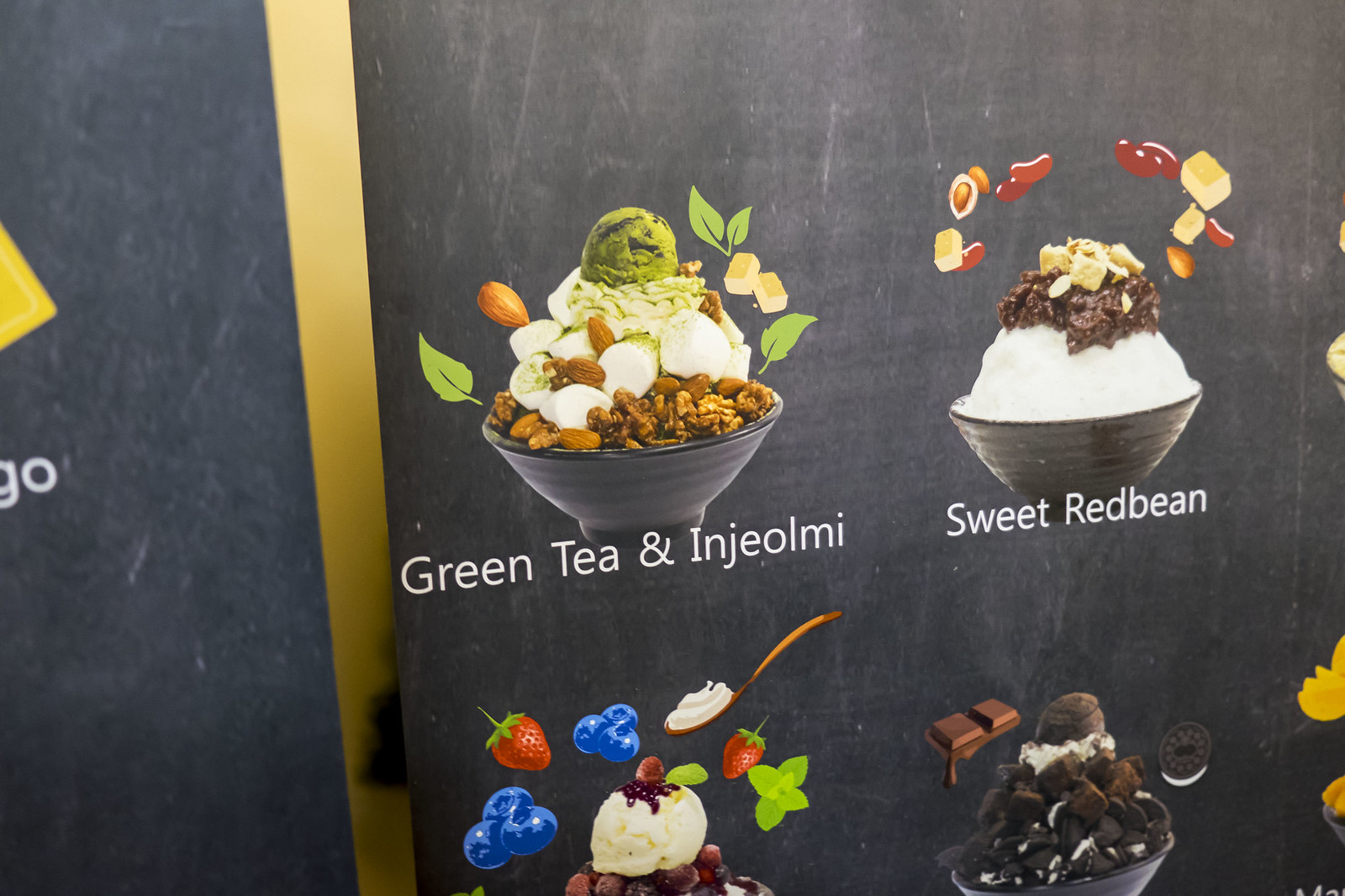 This totally didn’t happen, and the cashier had no idea what we were asking for when we asked for the item seen on the outdoor menu. Instead, our bingsoo had shaved almonds, green tea powder, vanilla ice cream, and injeolmi. This was a far cry from the photo outside and a reason to be less excited. The vanilla ice cream tasted basic and the the shaved almonds a big letdown from the photo of whole almonds. The taste is satisfying, the milk is textured, and the quantity is about the same as Snowy Village (meaning a Large easily fills up 2 people for dessert). At $14 though, this is more expensive than the likes of Snowy Village and unless you really love ice cream, nothing is very different from Snowy Village and the outdoor images may be exaggerated. 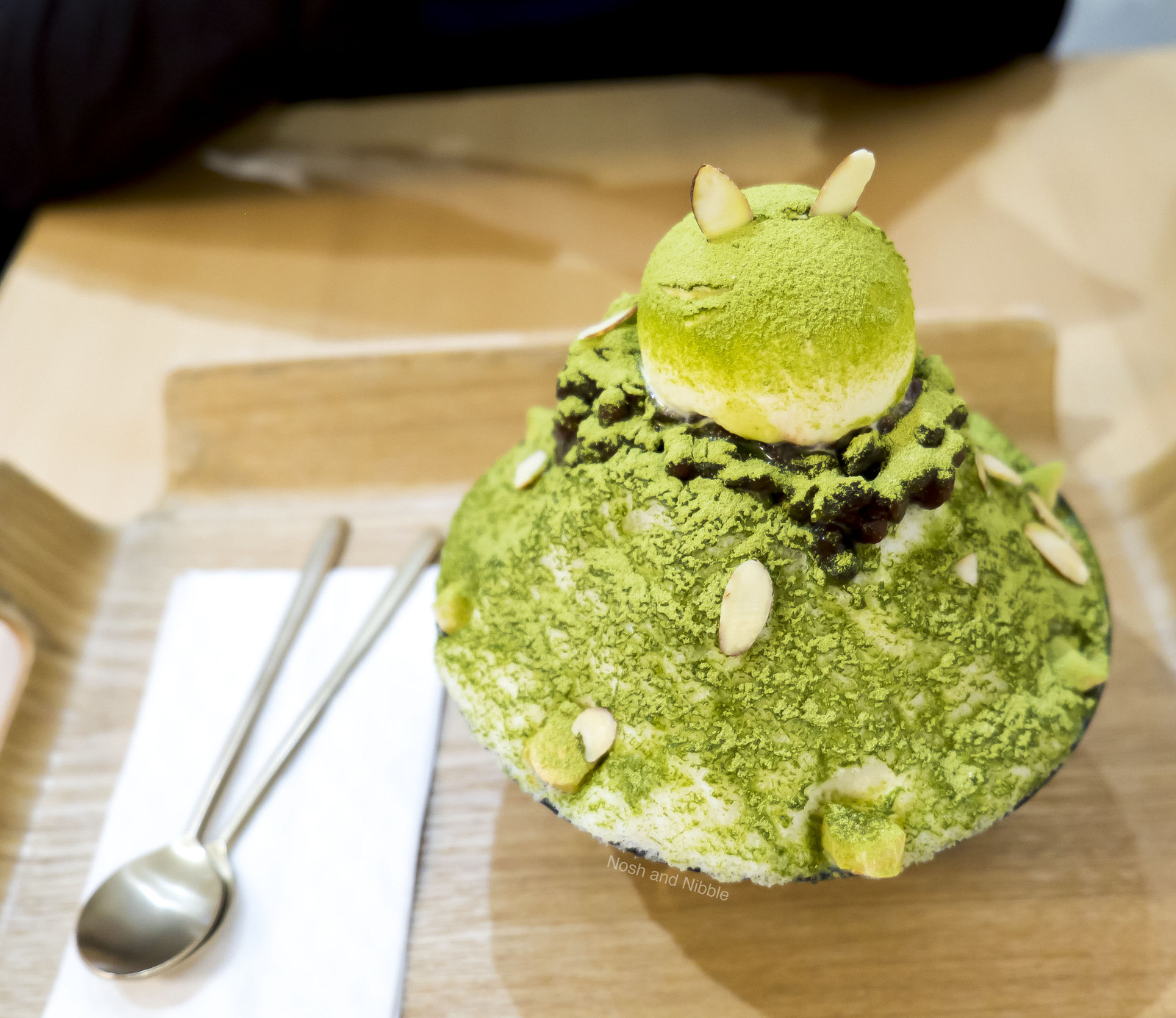 Sulmida is a small cafe located across the street from Metrotown. Inside there are tables fitting about 20 guests and the counter is where you place and pay for your order prior to receiving it. They play Korean music videos on a nearby television but otherwise the interior is quite bland without much decor. It’s also quite warm in here so if you’re a slow eater, your bingsoo might melt away before you’re finished. 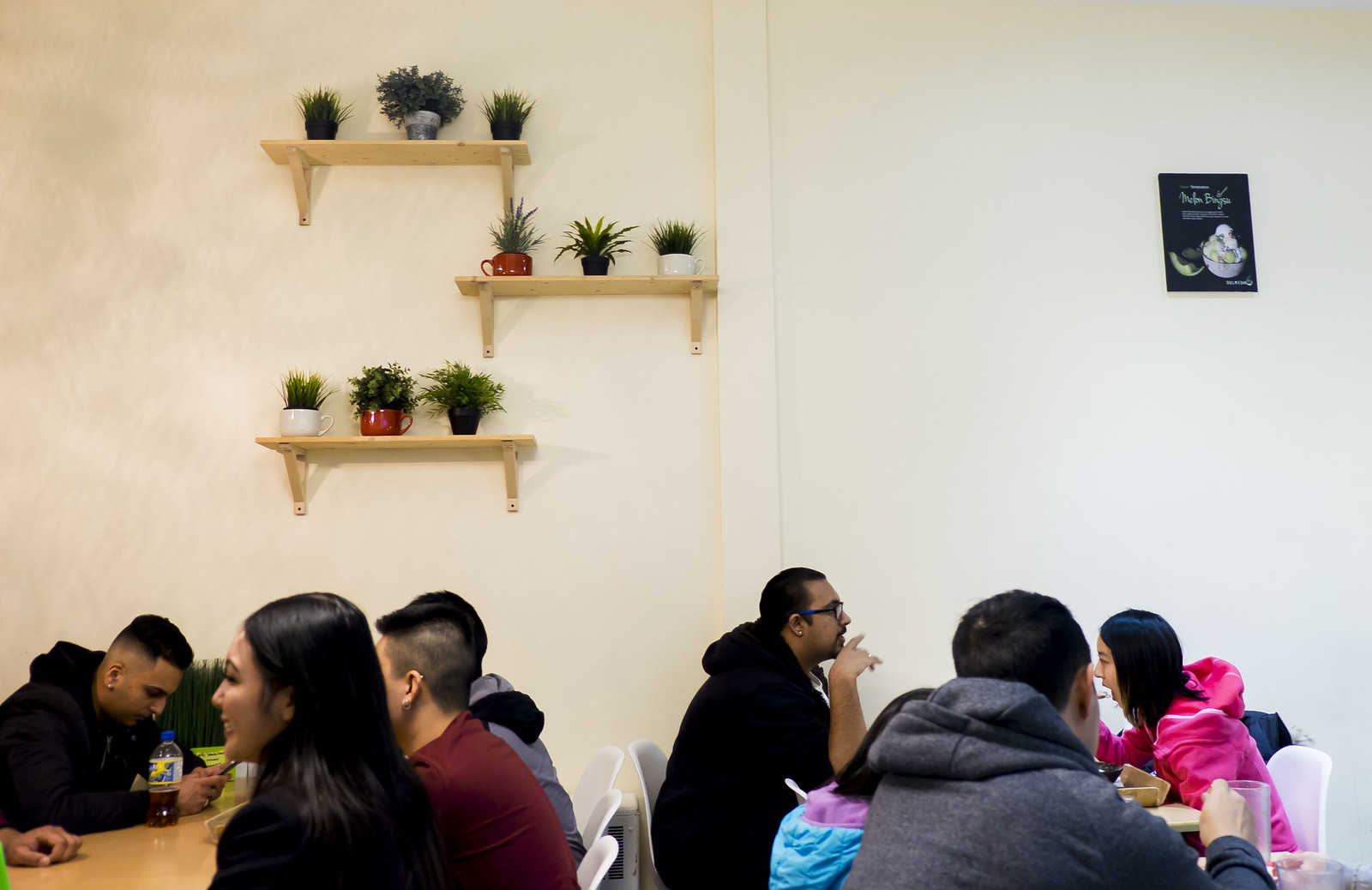 Service was below par at Sulmida. Our server had no idea what the “Green Tea & Injeolmi” bingsoo from outside entailed, so she may have put in a different order for us as there was another option on the indoor menu that had the same name that we pointed to. The bingsoo took less than 10 minutes to be ready and was delivered to our table. Since the staff bring and take away the trays, I’d recommend leaving a tip while you’re paying for your order.

One-liner: Standard bingsoo, despite what the outdoor menu photos may entail
Highlight: The bingsoo before it melted
Estimated cost per person: $7-12
Would I go back? No.

Disclosure: I was a media attendee and all opinions are my own. Vancouver loves wine. At 39 years and…

Disclosure: I was a media guest and all opinions are my own. What a weekend! Thursday February 9 was…