With Chinese New Year celebrations in full swing in Vancouver, one might be wondering where the best eats of Chinese food are in Vancouver. Peaceful Restaurant may have been first "discovered" by Guy Fieri on the Vancouver edition of Diners, Drive-Ins, and Dives, but since then has spread its Northern Chinese influence to different neighbourhoods in Vancouver.

Disclosure: This was a media event. All opinions are my own. 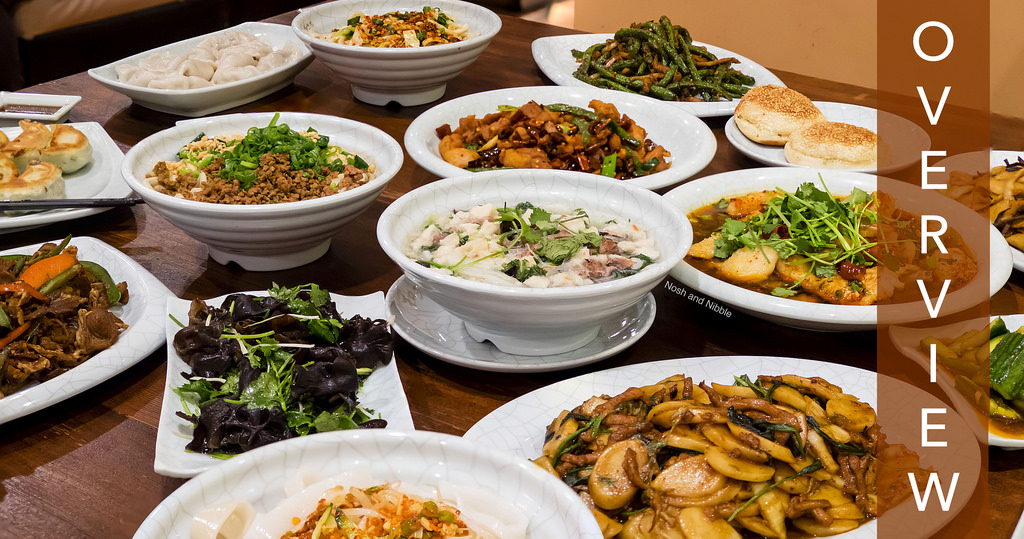 I was a lucky participant of Peaceful Restaurant's Chinese New Year showcase of their menu. My favourite foods of the evening were as follows:

The woodear mushroom salad exemplified what a good appetizer should be – fun and refreshing to get your palate ready for the rest of the food. There was a sour zing added to augment the crunchy mushroom. 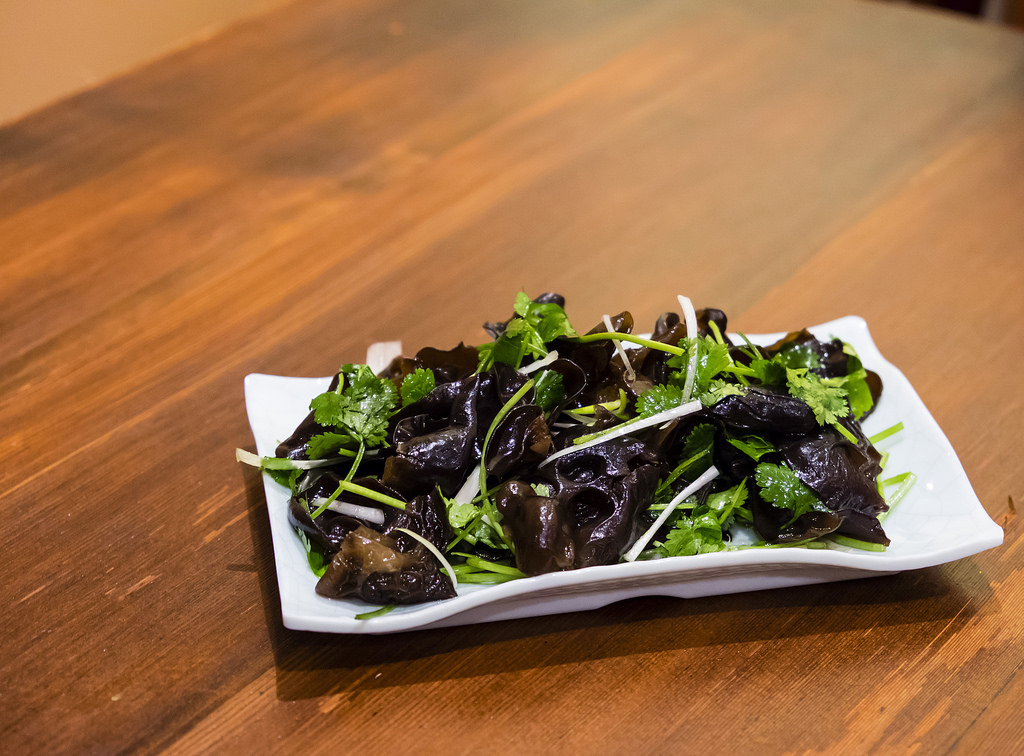 Anyone who enjoys Chinese food knows dumplings are a hallmark of the cuisine. The xiao long bao steamed buns, abbreviated as XLB, had a plump look and chewy skin. This helped reinforce the shell so that it kept shape between picking it up and dipping it in a vinegar sauce. For some extra pizazz, we also watched as these dumplings were made on-site by the chef. 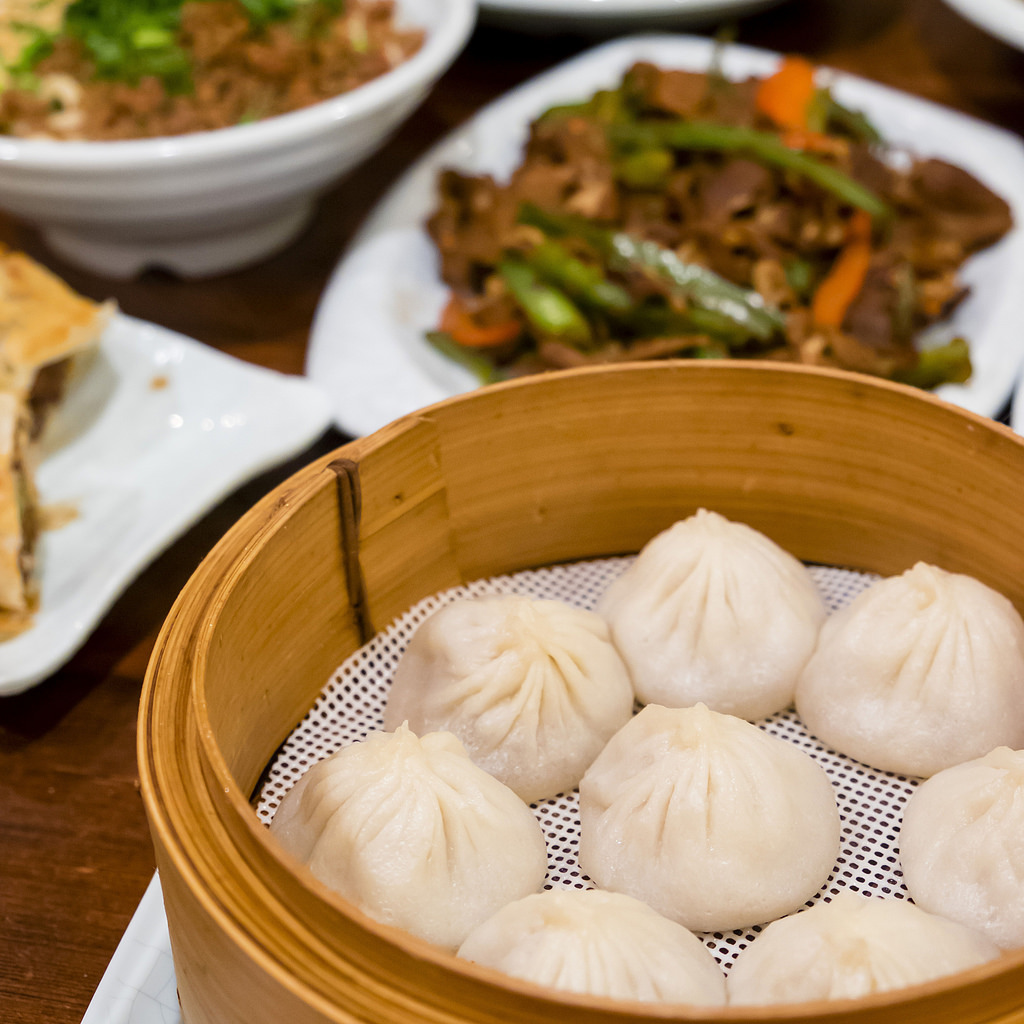 Speaking of house-made goods, the noodles at Peaceful Restaurant are hand-pulled and made fresh each day. I can't imagine how labourious this must be given how good machines are these days but a quick survey around my office confirmed diners still prefer the hand-pulled aesthetic. The mu shu stir-fried noodles had a chewy texture and absorbed a ton of flavour from the mu shu sauce. 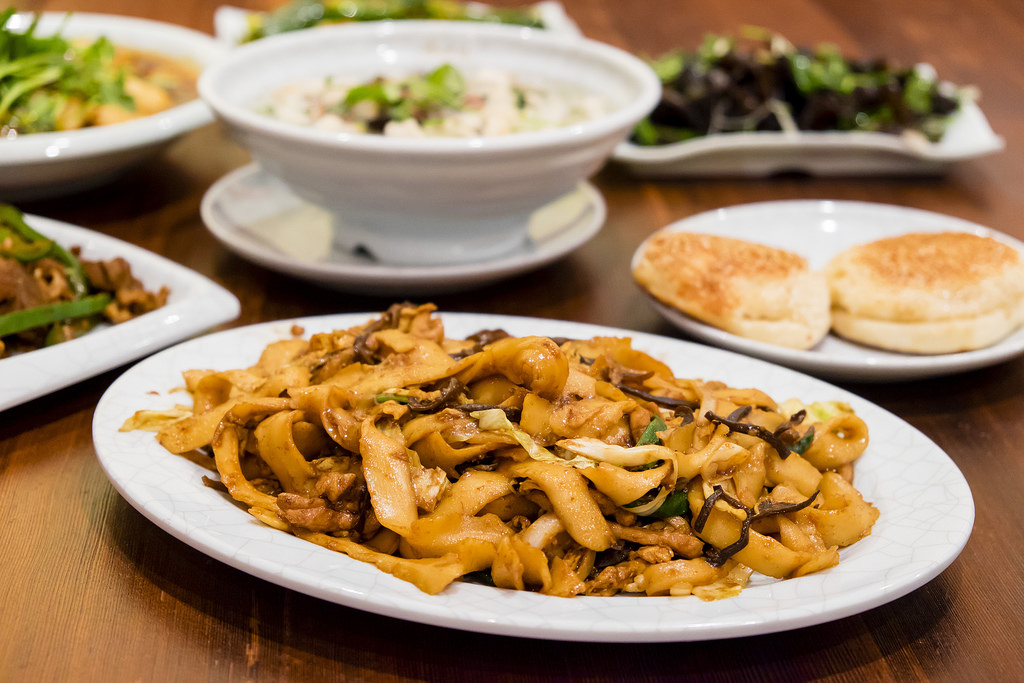 Fun fact: Noodles (长寿面 Chángshòu Miàn) symbolize a wish for longevity. Chinese believe long noodles are symbolic of a long life, so try not to bite or break the noodles when eating. Slurping encouraged! 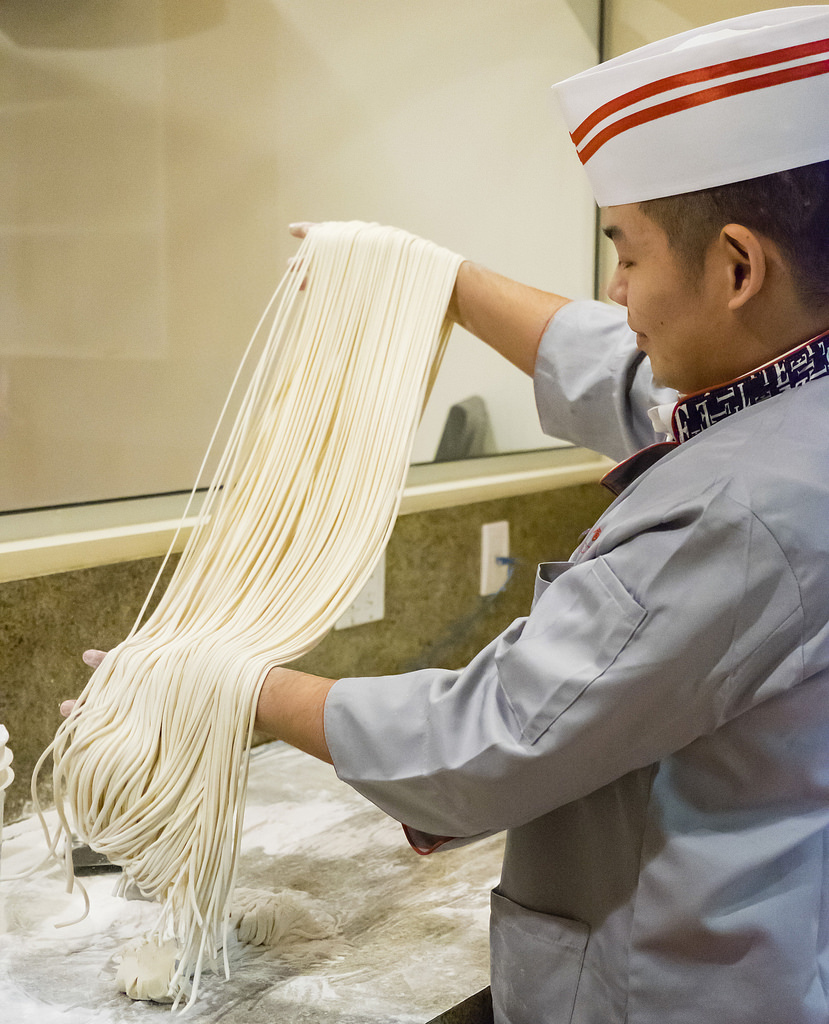 Moving into foreign territory, the Sichuan broth braised fish was a brand new experience for me. The fish was steeped in a broth that was more numbing than spicy. Maybe my tolerance has just increased over the years, but I'm convinced the more sauce and spice a food item can absorb (of which braised fish can absorb a ton), the better it tastes. 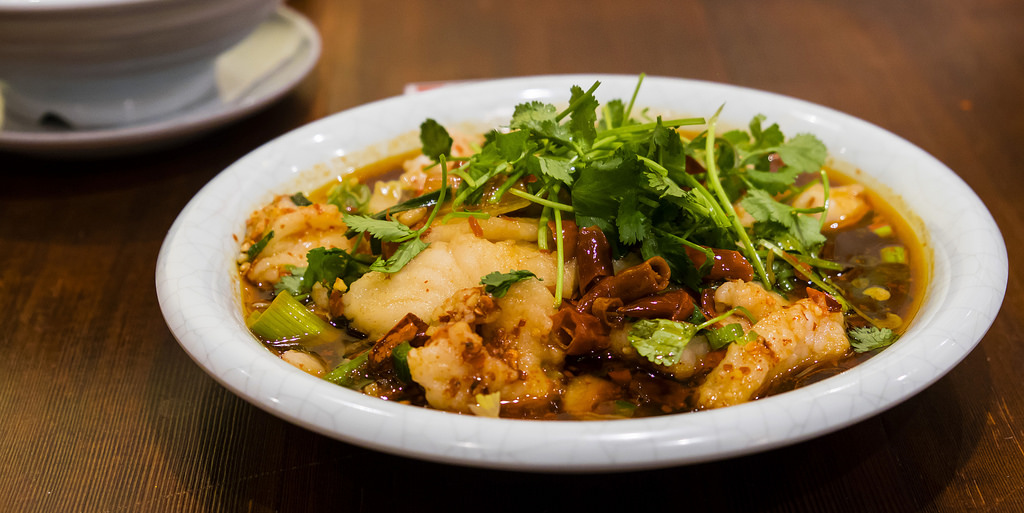 Finally, I have to give some special mention to the Peaceful beef rolls. Being given the restaurant namesake, I was pleased to find these were above the usual beef rolls I'm accustomed to at places like Dinesty. Where some restaurants might stuff a sliver of beef and a whole ton of chives into their beef roll, the beef was evenly distributed at Peaceful and was balanced in both chives and hoisin sauce. 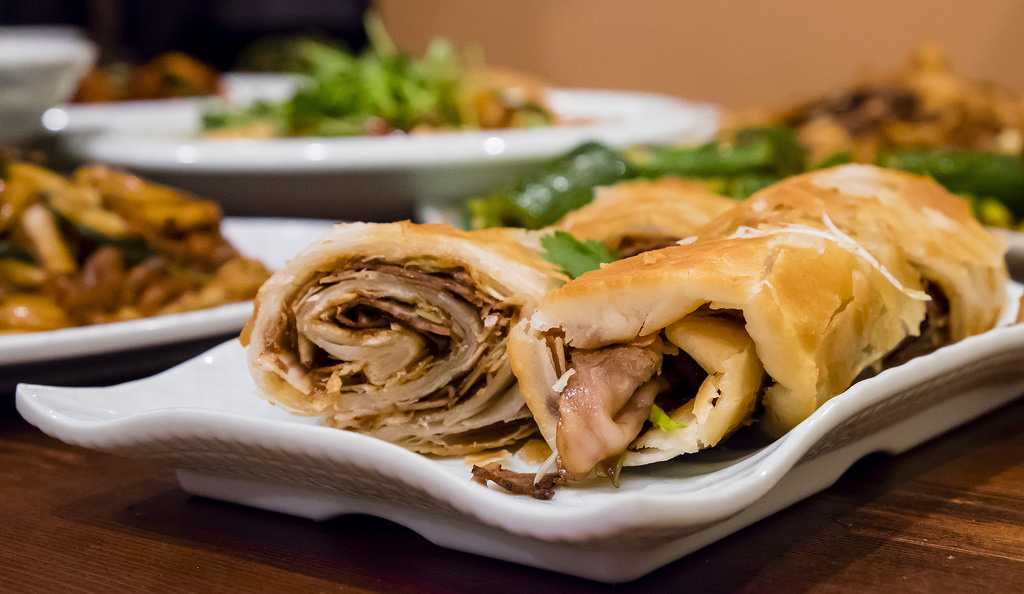 One-liner: Solid Chinese cuisine with a tasty profile and a status that's more than just a celebrity mention from the Food Network
Highlight: Peaceful Beef Rolls
Price per person: $12-$30
Would I go back? Yes. 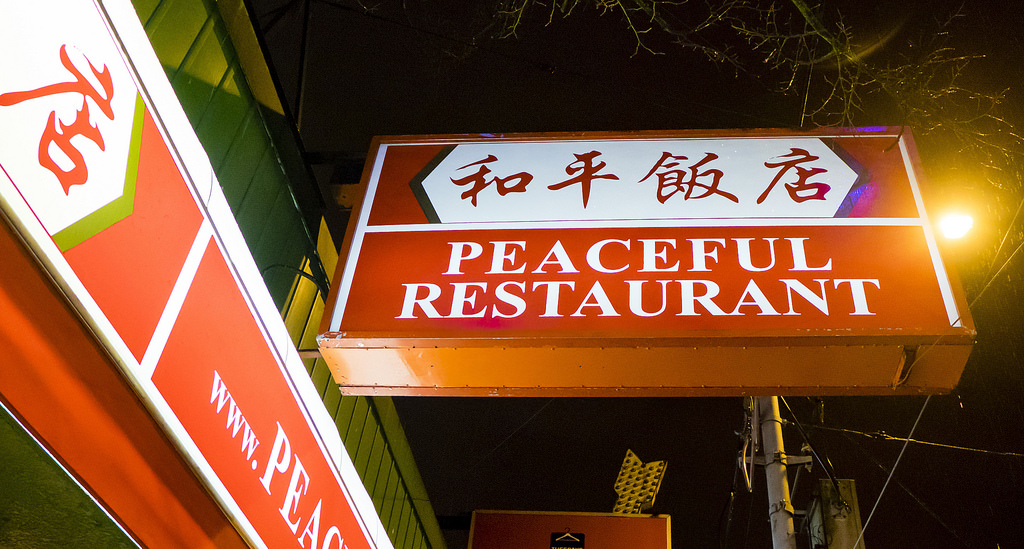 With the Olympics in town and NBA March Madness coming up, every sport (sans football) is in full swing…

Science of Cocktails 2018 - Another Sold Out Extravaganza in Vancouver [RECAP]

Earlier this February was another successful evening at Science World for Science of Cocktails 2018. Featuring over 40 combined…